The Pro that was unveiled recently in Finland alongside the Galaxy A51 and Galaxy A71. It now gets an introduction by Samsung. The Samsung Galaxy XCover Pro is an enterprise-ready rugged mobile phone. It is targeted at organisation experts and field employees. It includes Samsung KNOX to secure essential business info. Also there’s Microsoft Teams in tow with walkie-talkie capability.

The Galaxy XCover Pro supports Samsung POS, which permits the phone to be utilized at the mobile-based point of sale. Besides, it comes with features that let you track inventory and scan barcodes. The Galaxy XCover Pro has 2 programmable buttons that can be personalized, (to perform different actions with a click -like opening an app and turning on the flashlight). The phone is IP68-certified for water and dust resistance. It and can survive drops from a height of as much as 1.5 m. It can hold up against severe weather as testified by its MIL-STD-810G certification

The Pro is constructed around a 6.3″FHD + Infinity Show. Which can be used with gloves and even when it’s damp. On the inside, the XCover Pro has an Exynos 9611 SoC with 4GB RAM. It has Android 10 and has 64GB of storage onboard. Thjis can be expanded by approximately 512GB using a microSD card. The Galaxy XCover Pro has a dual video camera on the back.-25MP f/1.7 and 8MP f/2.2 modules.

For selfies and video calls, there’s a 13MP f/2.0 camera on the front inside. 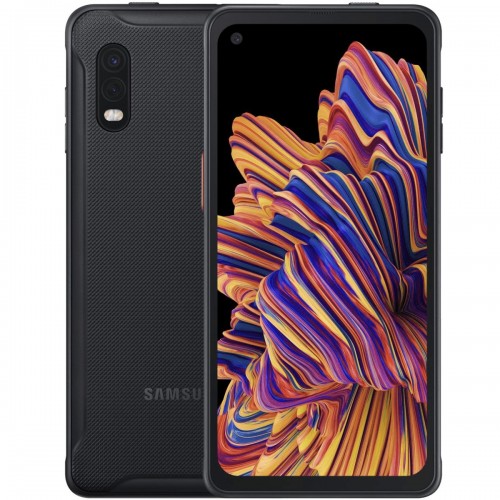 The Samsung  XCover Pro includes a side-mounted fingerprint reader and packs an NFC chip. It ships with a 4,050 mAh detachable battery. Which supports 15W quickly charging. The XCover Pro will go on sale beginning January 31 for EUR500.

Check Out All The Great Deals here